Back to Mathematical play

Combine interactive wooden stamps with an educational app on a tablet.

Develop an understanding of numbers by counting, comparing, adding and subtracting. The exercises are supported by images and sounds, by means of the tablet. The app is available in English, Dutch, Flemish, German, French, Spanish and Chinese. All exercises can be played unsupervised.

The bottom of the wooden box has pictures printed on it, which allows the children to return the stamps in their right places.

Magic Numbers has been developed in collaboration with Marbotic and consists of a combination of wooden stamps and an educational app for tablets. Working with the stamps requires neither a Wi-Fi - or Bluetooth - connection nor batteries. The free app is available for all IPads (except IPad 1) and many Android tablets (Samsung, Lenovo, Asus).

The required app can be downloaded for free from the App Store and from Google Play. It can be found under Magic Numbers. 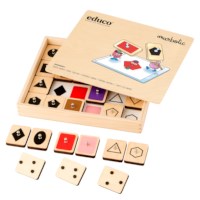 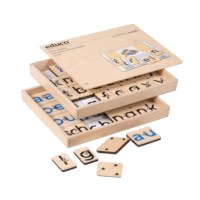